CES is always the avenue for companies, from huge conglomerates to start-ups, to showcase their out-of-this world tech. Here’s a list of six cool products that caught our eyes at CES 2020.

Photo by Vjeran Pavic / The Verge

You know Sony. Maybe from your old Walkman, or from your flat-screen TV. Well, Sony kicked off CES with one of the biggest announcements: a car. The Sony Vision-S is an electric concept sedan with 33 different sensors inside and outside of the car, multiple widescreen displays, 360 audio, and always-on connectivity, with some pieces coming from industry players like BlackBerry and Bosch. It’s also powered by a “newly-designed EV platform” — which Sony says will be able to power other vehicle types, like SUVs. 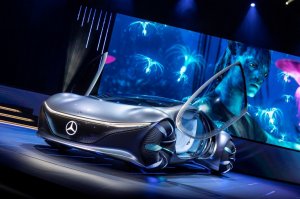 Thought the award-winning film Avatar was just for the big screen? Mercedes-Benz didn’t think so, and in fact based the design of their new Vision AVTR. More accurately standing for “Advanced Vehicle Transformation,” the vehicle has no steering wheel. Instead, the multifunctional control element in the center of the car’s interior allows the car and driver to connect via biometric readings. The vehicle is able to recognize the passenger’s heartbeat and breathing after placing their hand on the control unit. 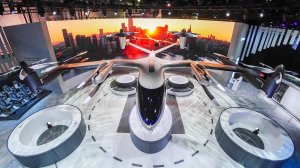 Uber and Hyundai announced a new partnership to develop air taxis for a future aerial ride-share network that could start as early as 2023, as in three years! Hyundai will produce and deploy the air vehicles, while Uber will provide airspace support services, connections to ground transportation and customer interfaces through an aerial rideshare network. The two worked on the personal air vehicle (PAV) model, called the S-A1, which has speeds of up to 180 miles per hour, a cruising altitude of 1,000 to 2,000 feet above ground. Guys, the Jetsons are here! 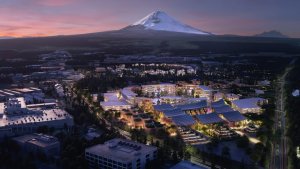 Welcome to Woven City, population: 2,000. This is no Sims City. Carmaker Toyota unveiled plans for a “city of the future,” where it will test autonomous vehicles, smart technology and robot-assisted living. The new development will be set across a 175-acre site that was previously home to a Toyota factory. A fully sustainable city, the project will be powered by hydrogen fuel cells and rooftop solar panels, and only fully autonomous and zero-emission cars will be permitted to operate on its streets. A fleet of self-driving vehicles known as Toyota e-Palettes will be used for delivery and retail purposes. The project is set to break ground next year in the foothills of Japan’s Mount Fuji, just 60 miles outside of Tokyo. Start booking your flights! 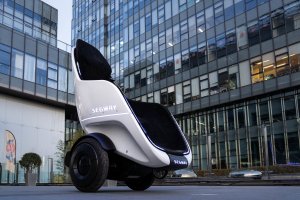 Segway, one of Apple’s founders favorite mode of transportation, debuted a new personal transporter pod, called the S-Pod. It uses Segway’s self-balancing technology to propel the user forward on two wheels, while sitting down. The commercial version of the S-Pod is intended for use on closed campuses, like airports or theme parks. While its speed is locked at 7.5 mph maximum, it can be unlocked to reach 24.8 mph. It also has a range of 43 miles and can climb angles of up to 10 degrees. Segway has also noted that because you brake the S-Pod by shifting the pod’s center of gravity, it’s almost impossible to tip it over. 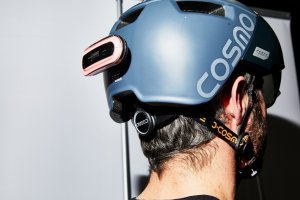 Don’t forget to wear your helmet! If you’re looking for a really cool one, check out this one from French Company, Cosmo Connected that includes a safety system and heads-up display for (motor)cyclists. Three lights integrated on the back of the helmet act as turn signals and brake lights, which connect to either a control switch on the handlebars, or via Bluetooth to a motorcycle’s turn signal switch. The helmet also comes with a pair of wraparound glasses that, when linked to your phone’s navigation app, shows directions in a heads-up display. Sideways-watching sensors send a warning to the display if a cross-traffic vehicle looks like it might hit you, and if you take a spill the helmet automatically notifies emergency services and sends your GPS coordinates. The helmet and glasses go on sale later this year as a bundle for an estimated $300.