Bollards at 20 bus shelters, as part of pilot study to Increase Public Safety

The Regional Transportation Commission of Southern Nevada (RTC) is adding another layer of protection for transit riders, by pilot testing bollards at 20 bus shelters across the valley. The 20 locations were selected based on ridership, traffic speeds, vehicle volume on roadway, and average number of passenger boarding at the stop. 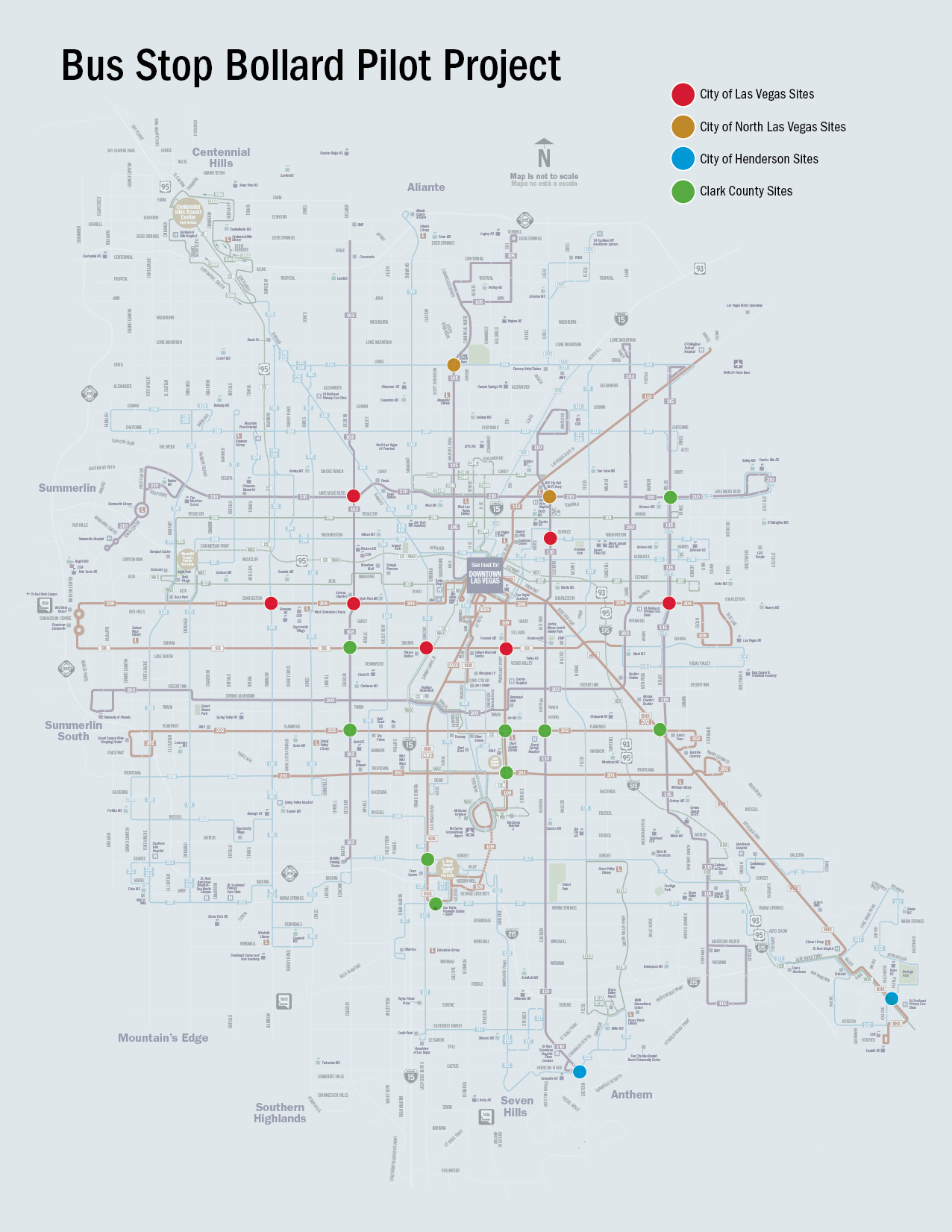 The federally funded pilot project is in the design phase, which is expected to be complete by this fall. “These bollards are going to be very similar to what Clark County has done on Las Vegas Boulevard that has been a pretty promising technology,” said Carl Scarbrough, RTC Director of Transit Advertising and Amenities.

Throughout the years, the RTC has been proactive in improving safety for transit riders. In fact, the agency has invested $18 million over the last decade in safety improvements. “We talk to our customers. We hear their concerns about bus stop safety,” said Scarbrough.

To date, 1,133 bus shelters have been pushed back five feet away from the curb. The RTC has also purchased 900 new bus shelters and installed them five feet behind the curb in locations that did not have any amenities. In 2018, the RTC installed 22 freestanding solar-powered lights at bus stops to help improve rider and pedestrian visibility.

“Certainly, we’re well aware of the tragedies in our community that have happened in these bus stops and we’re always looking for what comes next to make people safer,” said Scarbrough. Installation of the bollards will begin in early 2020.