The Las Vegas Strip regularly produces glamorous and extravagant productions, but miles away in the northwest valley another showstopper is taking center stage: The Centennial Bowl. The Nevada Department of Transportation this month broke ground on the $155 million final construction phase of the Centennial Bowl where U.S. Highway 95 meets the 215 Beltway. The project will build-out the remaining three ramps needed to finish the system-to-system interchange that first began work in 2015. 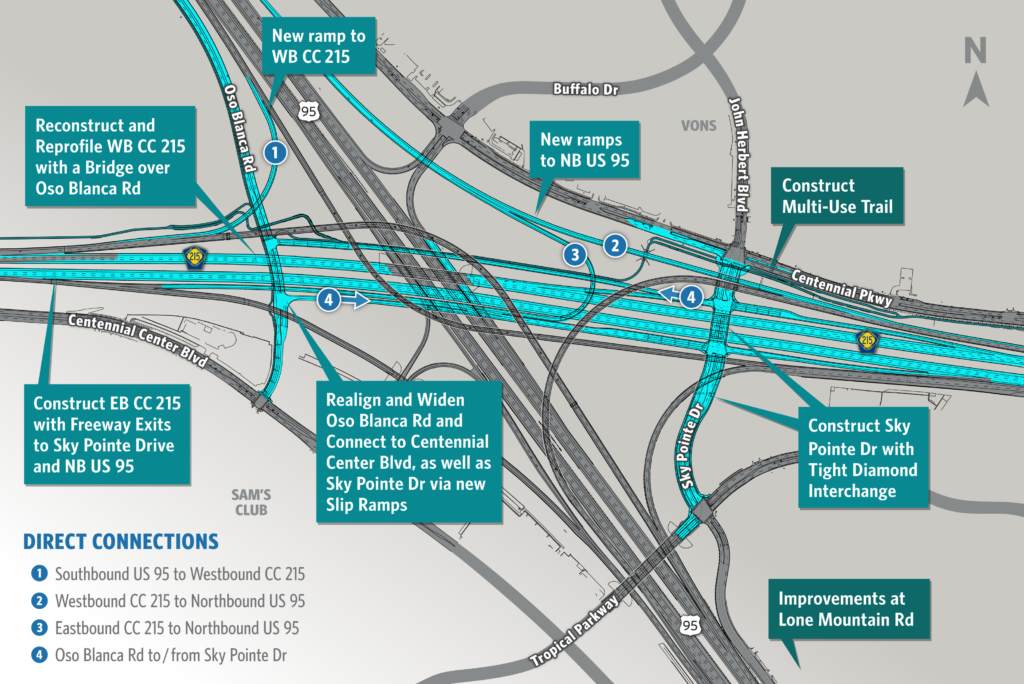 New direct freeway-to-freeway connections will enable higher travel speeds for greater efficiency and safety that also forgoes the current stop-and-go surface street navigation. Additionally, project improvements will also provide a higher degree of local connectivity that doesn’t currently exist, including adding a multi-use recreational trail the northside of the 215 Beltway plus several miles of new bike lanes and sidewalks, among other upgrades.

The project, funded by a combination of state, federal and county funds, will create nearly 1,700 direct, indirect, and induced local jobs for some much need economic stimulation. The Centennial Bowl, upon completion in early 2024, will be one of the state’s largest interchanges with 20 total bridges over three decks. Lean more information about the project by clicking here.