Recapping Road to Zero: A proactive approach to crash prevention

Last month, I was invited to RTC’s Board of Commissioners Meeting to share the results of a recently concluded program called “Road to Zero.” I presented alongside Lieutenant John Arias of the Nevada Highway Patrol (NHP) Southern Command Division. The goal of the program was to combine the use of artificial intelligence (AI), proactive police presence, and public messaging to shift the typical strategies applied towards traffic safety on US-95 and I-15. The results clearly showed the effectiveness of the program to prevent both crashes and the economic impact they bear. Findings included an 18% reduction in crashes along key corridors of focus, a 43% decline in the number of drivers going over the speed limit, and almost $3 million in economic savings. 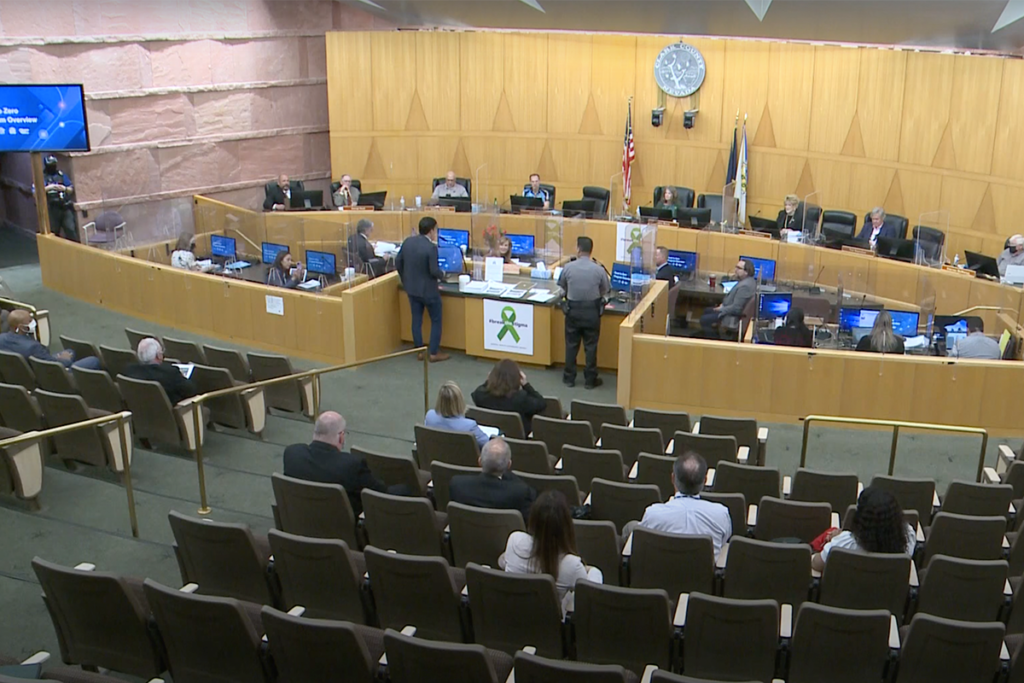 The Road to Zero program, funded by a grant from the National Safety Council, brought together the combined forces of NHP, RTC, the Nevada Department of Transportation (NDOT), and Waycare. The program began in late 2019 and lasted through the end of 2020. Here’s how it worked:

The common goal was to reduce abrupt driving behavior and varied/high speeds to improve traffic harmonization throughout each corridor. “We wanted to communicate with the public as they’re approaching these [high-risk] sites. By placing up signs on the freeway [that say] ‘reduce your speed, speed limit is 65,’ … and then they (the drivers) see the law enforcement aspect, creating a larger corridor effect, a platooning effect, of the community going through that area,” Said Lt. Arias during the RTC board meeting. 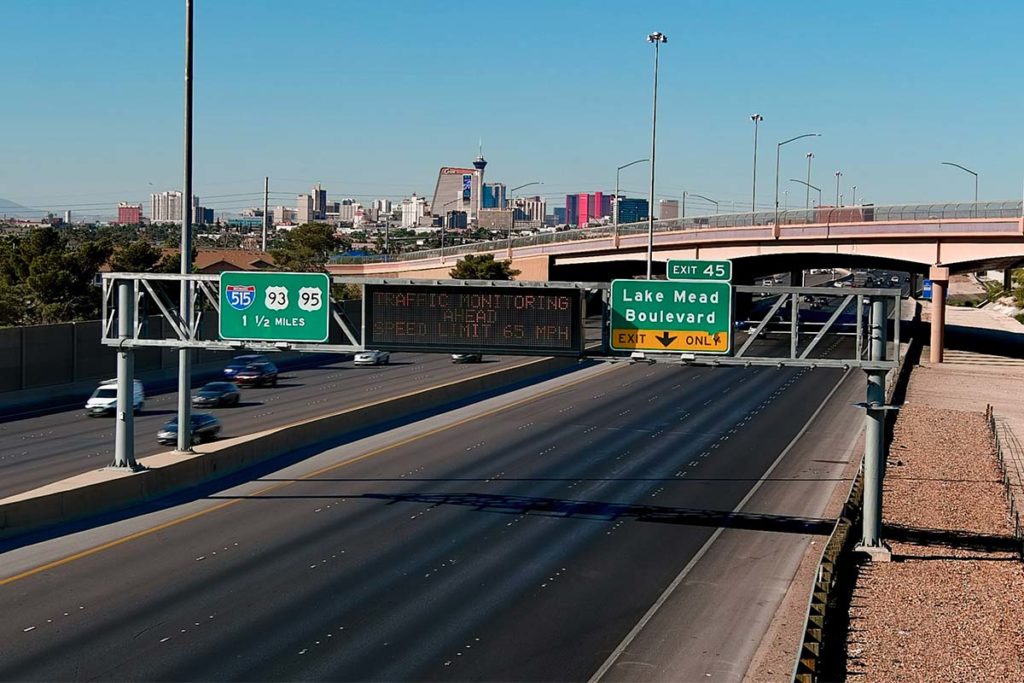 The goal of the program was to reduce crashes across selected high-risk corridors by 5%. The preventative activities helped reduce crashes by more than three times the original goal. The economic savings were equally as significant. An original investment of $188,970 turned into over $3,000,000 in savings due to crashes prevented. Illustrated in the graphic below, Waycare estimated cost-savings based on crash data provided by NHP and the U.S. Department of Transportation’s “Benefit-Cost Analysis Guidance for Discretionary Grant Programs.” 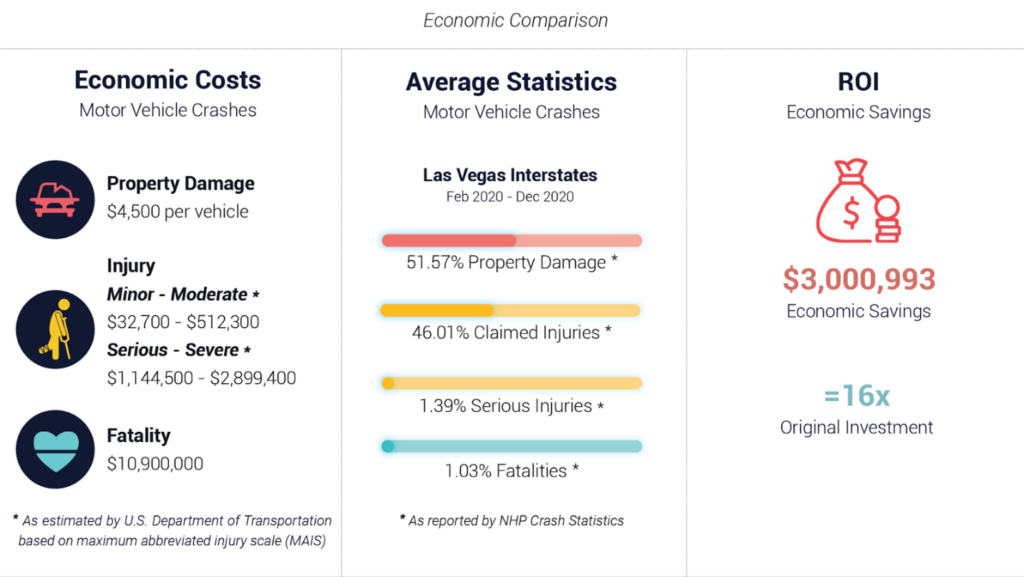 A full report of the project’s findings and results can be found in Waycare’s white paper: Southern Nevada Road to Zero Program: A Comprehensive Report on the Impact and Economic Savings of Predictive Analytics and Preventive Activities on Driver Speed and Vehicle Crashes in Las Vegas.

Watch the video for takeaways from the program in 70 seconds: