On the road: Clark County

The RTC is launching an all-new blog series, On the Road, highlighting newly completed construction projects on our roadways. The series will feature the RTC, partner agencies, and our contractors who are working to improve mobility and enhance safety as we continue to fund roadway maintenance and improvement projects.

To kick off the series, we are highlighting just two of the many recent Clark County projects aiming to improve your roadways and maximize pedestrian safety.

In May of 2021, Clark County began the installation of traffic signals at Durango Drive and Gomer Road, and at Spencer Street and Wigwam Avenue. This project included all new traffic signals and guided walkways, in an effort to increase pedestrian safety.

This project was completed in August of 2021. 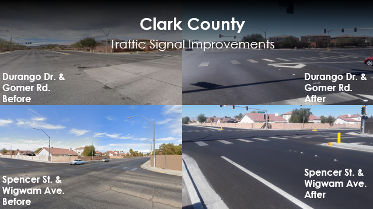 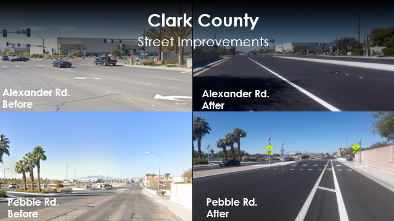