“Our destiny is not written for us, it’s written by us. And we’re going to write this next chapter together”  -Barack Obama

If there’s one thing everyone seems to agree on, it’s that we need to do something to stop the rising number of traffic fatalities in Las Vegas. That’s why during the November 5 First Friday event in Downtown Las Vegas Arts District, all types of cyclists were joined by non-cyclists to create what’s now Las Vegas’ first cycling community mural, located at 1208 S. Casino Center Drive. 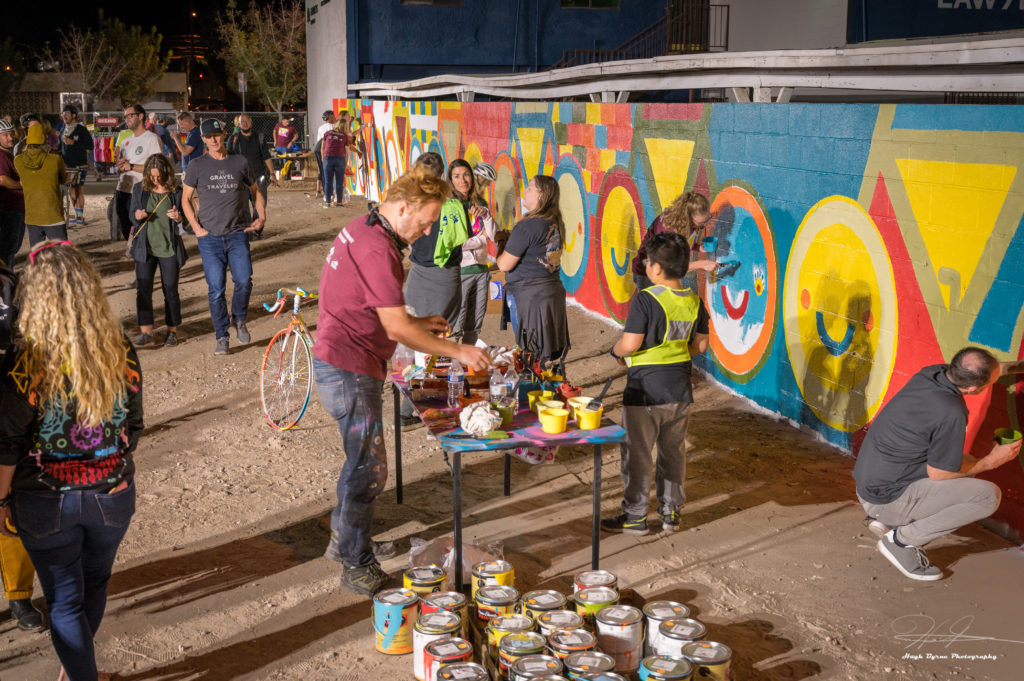 While a mural alone will not solve this problem, the art project was an exercise in bringing people together to paint and talk about how Las Vegas can reimagine itself as a safer place for cyclists and pedestrians. People of all ages from every corner of the valley agree that we need to be more invested in one another’s well-being.

The event was a part of the Southern Nevada Bicycle Coalition’s launch of Let’s Get There Together, a campaign rooted in hope. We are asking everyone; motorists, cyclists, and pedestrians to look ahead, be visible, and end collisions, in addition to helping our city become a place that’s safe for all road users.

Art has always been a powerful way to communicate important messages. Months ago, we explained our vision of a safer Las Vegas to local artist Shan Michael Evans and curator Brian “Paco” Alverez. We shared what our community endured on Dec. 10, 2020, when five cyclists were hit by a box truck and killed, how these losses extend beyond the confines of the cycling community, and how many other cyclists and pedestrians have lost their lives in traffic fatalities before and after that day.

In addition to creating magical artwork for the Let’s Get There Together campaign, Shan created a companion mural that now lives in DTLV at 100 E. California Ave, directly across from Esther’s Kitchen.

Shan outlined the artwork for the community mural, and Dunn Edwards donated paint and brushes. People of all ages, including Clark County Commissioner Justin Jones, RTC’s Deputy CEO David Swallow, and Save Red Rock’s president Heather Fisher and her family, contributed to our community masterpiece inspired by a vision of a better tomorrow. 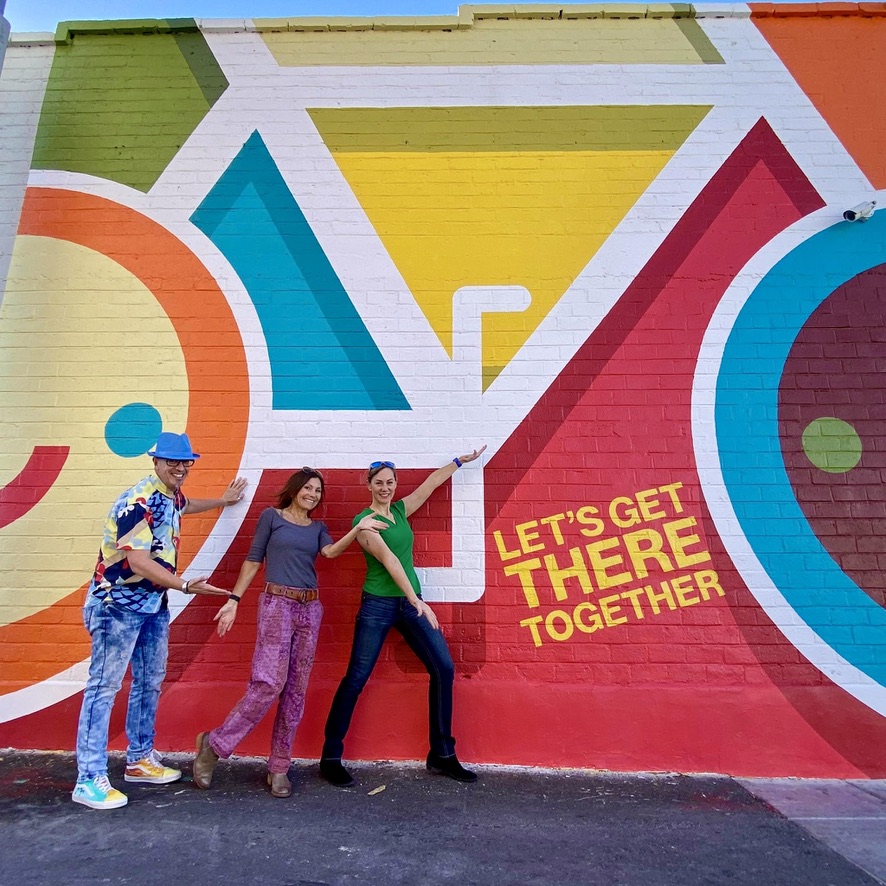 We are grateful to the many people who helped make both murals a reality. They include Paul Murad and Metroplex Realty and the ownership of the Historic Corner Building, Ahern Rentals, Dunn Edwards, First Friday, Psionic Art Works, and our sponsors Olympia Companies, developers of Skye Canyon and Southern Highlands, and Arista Wealth Management.